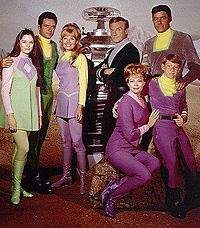 We’re talking about godly sorrow which can be defined as we grieving over another’s sin and desiring their repentance. The opposite is getting offended, making it all about me, defending myself, attacking, withdrawing, taking revenge, telling others about that person’s sin, responding with contempt, or avoiding contact. One of the ways we can tell we’re not responding with godly sorrow is to point the finger back at the other person. Romans 2:1-4 in The Message says it clearly,

“Those people are on a dark spiral downward. But if you think that leaves you on the high ground where you can point your finger at others, think again. Every time you criticize someone, you condemn yourself. It takes one to know one. Judgmental criticism of others is a well-known way of escaping detection in your own crimes and misdemeanors. But God isn’t so easily diverted. He sees right through all such smoke screens and holds you to what you’ve done.

“You didn’t think, did you, that just by pointing your finger at others you would distract God from seeing all your misdoings and from coming down on you hard? Or did you think that because he’s such a nice God, he’d let you off the hook? Better think this one through from the beginning. God is kind, but he’s not soft. In kindness he takes us firmly by the hand and leads us into a radical life-change.”

One of the most common ways we point our finger at someone else is by reacting in protective anger. Anger is one way to try to distract the attention away from ourselves when we fear we might deserve someone’s hurtful behavior. Maybe we’re really not as certain as we thought about our love-ability and so we feel exposed.

Unfortunately, my husband, Larry, knows this all too well. He’s married to me! I’m the queen of feeling exposed. He may innocently say something like, “Do you think you could have handled that in such-and-such manner?” Exposure! Maybe I’m not as perfect as I’m trying to convince everyone else. My perfectionism as my default gets threatened. “Danger, Will Robinson! Danger!” (If you didn’t watch the TV show, “Lost in Space” in the 60’s, this tidbit will be uneventful for you but it’s an understood reference around my house.) I feel like someone is pointing a huge finger at me, declaring, “Imperfect!”

Well, if a huge finger is pointing at me, I’ll just point back. I skillfully remember and rehearse something Larry did that was imperfect. There! That’ll take care of that! I’ve protected myself! No one will know I’m not actually perfect! Larry is the bad one!

Now I realize that in this example, I wasn’t being sinned against. But whether it’s a perceived threat to our image or someone has done something to hurt us, godly sorrow doesn’t react in ungodly ways. Godly sorrow desires the best for the other person. We may still need to set appropriate boundaries, but our desire is that they will repent and restore relationship with their Heavenly Father. Our goal is not that they apologize to us and profusely say how right we were (and how wrong they were!). The goal is that they live in harmony with their Abba Father. That’s loving them well.

When you are feeling attacked, misunderstood, maligned, gossiped against, whatever… Go to God. He is for you! He is your strong tower. He knows the truth and wraps His arms around you. You don’t need to protect yourself. You can respond in godly sorrow and love another well. And when you do, you’ll rejoice in God’s ability to work in their lives so much better than you.