Being Dumb-Struck is Good Medicine 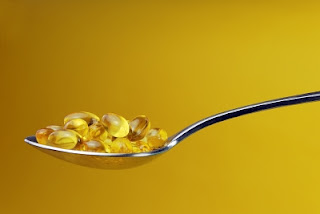 In my last post, I began talking about a resistant or hardened heart which is based upon questioning God’s transcendence, power, and knowledge. And overall, is a questioning of His sovereignty as we saw in God’s response to Job. In Job 38, God continues to question Job from verse 4 through 38 by pointing out all the ways God is sovereign over His creation.

And for every question, God points out some aspect of His creation like the foundation of the earth, the morning star, the ocean, the dawn, the springs of the sea, light, floods, and a constellation. Along with many other parts of His creation.


Can’t you just picture Job with his mouth open in dumbfounded silence? Can’t you just feel Job’s dwindling pride and his increased humility? Can’t you just cringe by relating to the realization that you wouldn’t have a single word of explanation to give in return?


In verses 19-21, God tells Job, “Where is the way to the dwelling of light? And darkness, where is its place, That you may take it to its territory And that you may discern the paths to its home? You know, for you were born then, And the number of your days is great!”

Eugene Petersen paraphrases it in The Message as:

“Do you know where Light comes from
and where Darkness lives
So you can take them by the hand
and lead them home when they get lost?
Why, of course you know that.
You’ve known them all your life,
grown up in the same neighborhood with them!

It would be easy to picture God as a vindictive, sarcastic, and mean-spirited Being, and to think that His purpose is to grind Job into a bloody pulp without hope or answer. Knowing who God really is gives me confidence to believe that God’s purpose is only redemptive and loving. But in all truthfulness, there are times when each of us needs to hear words like these from God. It’s so easy to begin to slowly and subtly believe our own press kit. Or to not have a teachable heart.


Six years ago when God began a total transformation in Larry’s and my life and our ministry, the statement and question our soul care provider asked us was like God’s questioning of Job. After we told her all the ways we were serving God, she said, “That has nothing to do with Jesus.” And four days later after daily counseling, she asked, “Would God be inviting you into a sabbatical from ministry?” That comment and question revealed God as loving and kind. We were humbled.


That comment and question were as powerful as God’s words to Job. God spoke directly to Job and God used His human vessel to speak to us, and the impact was the same. Dumbfounded amazement with eventual submission and surrender. Thus began a five year sabbatical through three different phases: voluntary withdrawal from ministry for eighteen months, caring for Larry’s mom in our home for two-and-a-half years, and at the end of that, eight months of me laying in bed from a bad back.

As powerfully as God arrested Job’s attention, He got ours. I’m sure Job was never the same and we haven’t been the same. Remember Moses walking down from Mt Sinai in the movie, “The Ten Commandments” after seeing the burning bush and having Almighty God speak to him? His hair has turned white and he looks humbled and awe-struck. Charlton Heston could have portrayed Job after dialoguing with God Almighty. In our souls, we feel the same. God has asked, “Where were you…?” and “Do you know…?” And we have no answer.


I think a dose of that same dumb-foundedness is good medicine on a frequent basis for fighting a resistant and hard heart. Maybe it’s time for us both to take another teaspoon of this good prescription.