I Should Have Gotten a Ticket 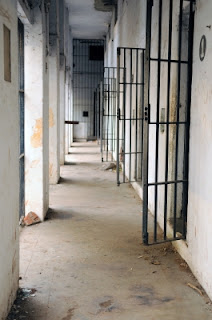 
I just finished reading Jesus + Nothing = Everything by Tullian Tchividjian. I highly recommend his book. His main emphasis is on how to live in “grace” throughout your Christian life, not just at the point of salvation.

He closes with a story that brought me to tears in acknowledgement of God’s graciousness. The story comes from a friend of his, Steve Brown, whose daughter Robin was taking a very difficult English literature course. She felt inferior in her knowledge and wanted to drop the class. She enlisted her father to go with her to talk to the teacher. Steve told the teacher Robin felt the class was too difficult for her and wanted to change to a regular English class. Here’s what happened next.

The teacher said, “Mr. Brown, I understand.” Then she looked at Robin and said, “Can I talk to Robin for a minute?” I said, “Sure.” She said, “Robin, I know how you feel. What if I promised you an A no matter what you did in the class? If I gave you an A before you even started, would you be willing to take the class?” My daughter is not dumb! She started sniffling and said, “Well, I think I could do that.” The teacher said, “I’m going to give you an A in the class. You already have an A, so you can go to class.”

Tullian continues, “Later the teacher explained to Steve what she had done. She explained how she took away the threat of a bad grade so that Robin could learn English literature. Robin ended up making straight A’s on her own in that class.


“That’s how God deals with us. Because of Christ’s finished work, Christians already have an A. The threat of failure, judgment, and condemnation has been removed. We’re in–forever! Nothing we do will make our grade better, and nothing we do will make our grade worse…We don’t need to add anything to it. The operative power that makes you a Christian is the same operative power that keeps you a Christian: the unconditional, unqualified, undeserved, unrestrained grace of God in the completed work of Christ.”


In case Pastor Tchividjian’s comments make you feel a little tense, thinking he’s saying we can sin any way we want, let me assure you he’s not proposing that (and you should read the whole book to get the full effect!) But he is encouraging us to understand that being forgiven and redeemed will motivate us to obey out of gratitude instead of fear.


It reminds me of the time I was speeding on the freeway. Yes, I confess. It was a glorious day, the car’s sun roof was pulled back, I was singing a Christian praise song (isn’t that ironic?) and I was going way too fast. A California Highway Patrolman pulled me over. Oh, I was embarrassed, especially since this was before Larry retired as a policeman. I told the CHP I was very sorry and that Larry was a policeman. He went back to his car for a few minutes and then returned saying he would let me go without a ticket.


I was so grateful! I knew it was who I knew that had spared me the punishment I deserved. I drove off and began going as fast as I could–because after all–I could!


No! I started driving even slower than the speed limit and I wished the CHP would follow me and notice how I was obeying. My gratitude fed my obedience.


That’s Tullian’s point. Because of knowing Jesus as Savior and Lord, grace frees us from fear and empowers obedience because of our gratitude that we have been spared what we deserve. How can we not surrender ourselves to a God who loved us so much He gave His most precious gift? I only wish such knowledge empowered me to be perfect. Well, I’m not perfect (I confess, I still speed at times), but I am surrendering daily!