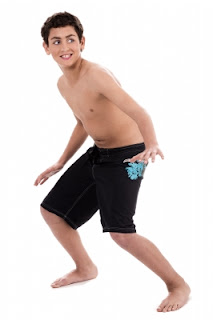 My five-year-old grandson Raphael was standing on a beach boogie board on the wet sand as tiny wavelets circled around him. The tide was slowly rising and before he knew it, there was enough of a wave that went under the board and raised it. Within seconds, he was off balance and tumbled into the surf. After scampering up all wet, with tears in his eyes, his shocked and hurt voice blurted out, “I fell down,” as if he should have been able to surf like the experienced surfers out in the waves.


In that moment, I thought of how surprised I am when I sin. “I fell down!” I exclaim. My perfectionism often still raises its ugly head and I realize I really thought I’d never sin again. How silly. How ludicrous. For then I would be God!


But what about how my sin or even my mistakes make God look bad? Since I’m supposed to represent the Lord, aren’t my failings a bad representation? And won’t they push people away from the Lord?


Those were my thoughts recently when I responded in an unloving way toward a friend. Communication in the past between us hadn’t been deep and I’d asked the Lord for an opportunity to hear this friend’s heart and get to know her at a deep level.


The opportunity came and I blew it. When she began to express her opinion about something I felt strongly in opposition, I interrupted her and said there wasn’t any other way.


Only later did I realize what I’d done. I could see her heart harden toward me. Oh, how I grieved over my lack of love. Although I apologized for not listening to her, I knew the damage had been done. And knowing she wasn’t following the Lord and I had misrepresented Him broke my heart. What would she think of Jesus?


As I agonized over my mistake, I reminded myself of the truth: her choices are her choices. She won’t be able to say she rejected Jesus because of me as she stands before the judgment seat of Christ. But that thought scarcely helped.

Then God ministered to me with my next thought.


To think of Jesus being more glorified because of my error seemed counter-intuitive, but the Gospel is all about things upside down. Sure, we’re supposed to represent the Lord the best we can. But when we make mistakes, it’ll be even more to God’s glory when His grace is received by others, not because of our perfect behavior, but because He is seen as loving, kind, having good listening skills, loving perfectly, being forgiving, receptive, inviting, and so many other wonderful qualities. Acts 19:20 says, “So the message about the Lord spread widely and had powerful effect” (NLV). It doesn’t say, “So the message about the Lord–and how perfect His people were–spread widely and had powerful effect.” The effect came from the wonderful news that Jesus died for men’s sins.


Yes, I am reminded that people will know we belong to the Lord because of our love, but ultimately, a person’s salvation isn’t dependent even upon that.


I’m still asking the Lord for another opportunity to represent the Lord in a loving way toward my friend. You can have no doubt of that. And to be able to really listen to her. But if that doesn’t happen, or even if I make another mistake, I’m so grateful that my friend’s salvation isn’t dependent upon me and God will be more glorified as He is revealed as the only One who can be perfect!

Just like my grandson, I shouldn’t be surprised when I fall. It’s going to happen a lot! But when it does, God will receive even more glory because it’s all about Him, not me!