Is God a “One Size Fits All” Kind of God? 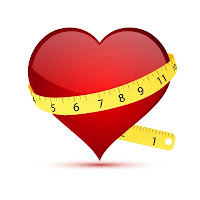 Our wonderful God is not a “one size fits all” kind of God. Sometimes I forget that and think things like:

But this is dangerous thinking. By making such conclusions, we’re setting ourselves up for:

Yikes! Sounds like a slippery slope, doesn’t it? From something that seems like we’re just claiming God’s promises? But think back through Scripture and see the variety of responses God had toward people and their situations.


One huge contrast is the Holy Spirit’s responses to Zechariah and Mary, the mother of Jesus. They both question God’s predictions by questioning God’s ability. Luke 1:18 says, “And Zachariah said to the angel, ‘By what shall I know and be sure of this? For I am an old man, and my wife is well advanced in years.'” (AMP)


They both have legitimate concerns in light of obvious human limitations. Yet the angel’s responses to Zechariah and Mary are different. The angel tells Zechariah he will be struck dumb–unable to speak–until his baby is born. And the consequence for Mary is…nothing!


Nothing? Didn’t they both just express reasonable doubts? Yet, God’s will for them is different.


We don’t know why the responses are different, but here are some “musings” of my own as to why God can and does respond differently to each of us.


1. Our motive and the condition of our hearts. God knows why we are doing what we’re doing. He “measures” each heart, and I believe, He holds us responsible for the level of maturity we have–and therefore the expectations He can have of us. Zechariah was an experienced man of God, a priest, and follower of God for many years. Mary was an immature teenager with little experience of following God.


Since I’ve known the Lord for almost 45 years, I’m getting really scared about this idea. Because sometimes I act as if I’ve only followed the Lord for two seconds! I’m glad the Lord also acts with grace! Still, let’s seek to have as pure a heart as we can.

2. God’s purposes for His Kingdom.
Remember the story about Jesus telling Peter how he would die and Peter asking, “But what about him?” referring to John? Jesus reply was, “If I want him to remain until I come, what is that to you? You follow Me!” (John 21:22 NASB).


God’s responses are different for each of us because each of us have a different purpose in His kingdom. We shouldn’t demand that God respond a certain way because we don’t have the over-arching view that God has. He knows His purposes and plans. We can trust Him and follow His unique plan for each of us.
3. Prevent “claiming” God’s promises with a demand.

Of course we should claim God’s promises. We’re commanded to do so (2 Peter 1:4). But not with a demand. There must always be a heart sense within us that says, “If this is your will” or “At least this is what seems to be for your glory.”


We can go back to Peter again to see an example of claiming a promise with a demand. Peter heard Jesus tell the disciples He Himself would die but that was totally against Peter’s theology. In his limited knowledge he claimed the “promise” that the Messiah would reign over the earth. As a result, “Peter took Him aside and began to rebuke Him, saying, “God forbid it, Lord! This shall never happen to You” (Matthew 16:22).


If you lived in Peter’s time, it was clear to everyone that the Messiah would come to set up His kingdom and destroy Israel’s enemies. This was a reasonable and expected “promise” to claim. If Peter hadn’t taken Jesus aside when he rebuked Him, I’m sure all the disciples would have been nodding in agreement with Peter. They would most likely mutter, “Preach it, brother!”


But what is Jesus response? “Get behind Me, Satan! You are a stumbling block to Me; for you are not setting your mind on God’s interests, but man’s” (Matthew 16:23). Peter’s “theology” came straight from Satan’s pit of demanding that God work the way Peter thought He should.


When we demand that God fulfill our understanding of a “promise,” we could also be setting our mind on man’s interests rather than God’s. And think a moment: we are “rebuking” God because He isn’t performing the way we think He should. Oh, what presumption! What pride!


You and I also have limited understanding about God’s “promises.” A submission spirit recognizes that and therefore doesn’t demand a certain result. We can trust God to fulfill His plan and use His creativity in working to lead us to knowing how He wants work. If we are seeking the Lord and claiming His promises with a heart that says, “At least this is my understanding but you know best,” then God will honor that and work His will.

I’m glad God isn’t a “one size fits all” kind of God. I serve a much bigger, wiser, and loving God than one held hostage by my expectations of Him. And I want to avoid disappointment, bitterness, pride, and entitlement by trusting that He knows best as I rest in His mighty will, which will be done.