My Bridal Devotional for a Precious Couple

I’m giving a little devotional at a bridal shower this afternoon for a dear couple at our church and I thought I’d practice on you. Here’s what I’m thinking…

Amber, we are all here to celebrate you and your upcoming marriage. We are thrilled to be a part of this special time for you. I can still remember the very special time of my bridal showers some 44 years ago. About that time, Larry and I heard a definition of love  that we have remembered all these years: love is a choice for the highest good of the Beloved. There are four important words in that definition: love, choice, highest, and good.

And those four concepts are included in the most famous Bible verse of all:
“For God so loved the world that He gave His only begotten Son that whosoever believes in Him will not perish but have everlasting life.”
God loved. God chose to give. God chose what mankind needed most of all for their highest good.

Have you ever paused after reading the first nine words to think of the many possibilities that could have come next? In fact, the world thinks there are other words that should come next. For instance:

“For God so loved the world that He gave… 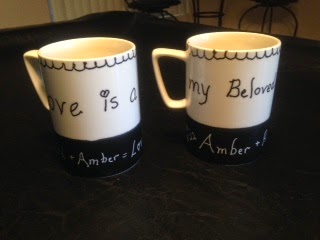 Aren’t those the kinds of things that people think of as love? Don’t people say that if God is really loving, He wouldn’t allow bad things to happen?

But do you know what the real need is for humans that shows God’s true love for our highest good?

Do you know the highest good that God could give to show His love?

A solution for sin. That is the Gospel. God giving the very best thing to bring the greatest good, the highest good, because when we deal with sin, then we are closer to living the happiest possible on a sinful earth. And we have heaven thrown in as icing on the cake! And it’s all because Jesus died on the cross for those sins.

But unfortunately, there is still sin in this world and that’s why we are here to support your marriage, Amber. Yes, to rejoice with you, but also to stand by you as your marriage is assaulted by sin both without and within.

We want to encourage you to fulfill the true definition of love that God revealed to us in John 3:16. You see, “highest good” in marriage, can mean different things depending upon the circumstances and the person involved.

Let me give you two examples.
Years ago, I heard the idea of asking your spouse what their definition of love was. Now I thought I knew Larry’s but I decided to ask anyway. I knew he valued most what most men value but hey, I’ll ask. So I did and Larry replied, “My definition of love is what you’re doing right now.” I was surprised because we weren’t near the bedroom.

What were we doing? Larry was laying on the living room couch while I sat at the end of the couch with his feet in my lap as I massaged them and we watched Monday night football. Larry loves his feet massaged and loves to watch football.

I don’t! Football is boring and my feet are so ticklish that no one can touch them. That is not my definition of love and so since I don’t value either of those things, I have a hard time choosing to do them. But the definition of love is choosing the highest good. And from Larry’s perspective, massaging his feet and me watching football with him is for his highest good. Cialis was developed relatively recently, but it managed to gain popularity among a huge number of men in a short time. The main advantage of this drug is its ability to quickly absorb into the bloodstream — the man will be ready for a normal sexual intercourse 15 minutes after the intake. Besides, at https://cial4ed.com I saw that Cialis had a very long-lasting effect.

But here’s another example. This morning I felt I needed to call Larry’s attention to a less than godly reaction he was having over several weeks. I truly believe I chose the highest good in loving him that way. I also was careful to follow the biblical principle of speaking the truth in love. I am blessed in that Larry agreed with me and actually said that he woke up convicted of the same thing. I was just confirming it. I am blessed with a godly husband who is open to the Spirit’s rebuke.

Choosing the highest good takes lots of wisdom and being led by the Holy Spirit. And Amber, this is what we want to support you in. We commit to pray for you that you will grow in your selflessness so that you can choose the highest good for Rod. Because sometimes it seems to require sacrificing what you think is your own “highest good.”

I hope that you’ll always remember this definition of love: “Love is a choice for the Beloved’s Highest Good.” May the Spirit of God empower you to love Rod in that way because that is the way God loves you. God loves you perfectly but you won’t love Rod perfectly. I sure haven’t in 44 years of marriage, but we all can grow more in making that choice.

That’s what I’ll say. Then I’m going to give her these two mugs. The phrase “Love is the choice for my Beloved’s highest good” written on it. I hope it’ll be a blessing to have those mugs to remind her of what I said.

(The mugs above come from Starbucks. You buy them without the writing and then use special pens to decorate. Then you “cook” them in the oven like a kiln. They make great gifts! Don’t worry, I don’t get any kickback.)