Our God Is A Surprising God

Let’s use our imagination while we read Mark 1:35-37. I think we’ll see how God is a surprising God and He’s still surprising you and me often. (Tweet that!)

“In the early morning, while it was still dark, Jesus got up, left the house, and went away to a secluded place, and was praying there. Simon and his companions searched for Him; they found Him, and said to Him, “Everyone is looking for you.”

As I read that last verse I was struck by the attitude of the newbie disciples. Remember this is very very early in this new “ministry.” The disciples had no clue what they’d gotten themselves into. Jesus had healed numerous people the day before and the “whole city was gathered together at the door” (1:33). What popularity and opportunity! 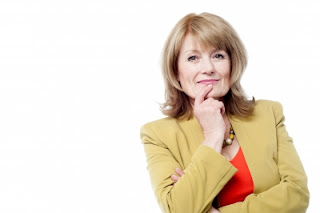 Now here’s the imagination part. After the city dispersed and it was late in the evening and after Jesus had gone to bed, I can just imagine the conversation of the disciples, which certainly had to be initiated by impulsive Simon Peter.

“Hey, guys, don’t you see what’s happening? This Jesus is doing some great things. It’s gonna be great for our town.”

Another disciple spoke up, “Simon, you always have big plans. What are you thinking?”

“Okay, let’s think here a moment. We’ve already got the whole city on our side. We know there’s a plot of land for sale down by the lake and if we start taking an offering, we can get people together on a regular basis.”

“Ah, I get it,” another disciple says. “If we don’t want to meet at the synagogue–because you know how those Pharisees are, they’ll squish any plans we have–let’s build…what shall we call it?”

The disciples look deep in thought. Another disciple speaks up. “That’s a good question. Let’s call it a…church!”

“Great idea. And if we get big enough we can call it a…mega church!”

Then one of them spoke up and said, “But what if Jesus doesn’t want to do this?”

“Come on, men, how could he not? Isn’t that why he came? He’s supposed to set up His kingdom. I have a feeling in my bones that this is the way we’re finally gonna be freed of those Romans,” Simon interjects, bringing the attention and control back to himself. “And by the way, we’ll give Jesus the corner office with the view of the lake and my office is right next to his. Okay?”

A few of the disciples looked at each other with a disgruntled look but no one could out-debate Simon, so they each nodded slowly.

“Okay, let’s go to bed and in the morning we’ll contact the city manager and the owner of that plot of land and see how big we can build.”

In the morning, they wake up and look into Jesus’ bedroom. It’s empty. What in the world? Where is he? There are already sick people at the door and the sun has barely risen. And more people are coming down the road toward the house. Where in the world is he? 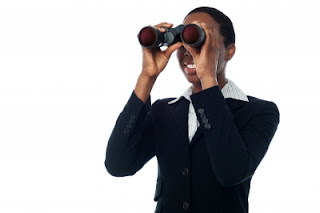 So they search and search and finally find him. Simon states, “Everyone is looking for you.” Is his voice filled with frustration, irritation, or fear? Is his question a cover up for “We want you to be in the house so we can continue our grand scheme. You’re making us nervous doing something different.”

I find it fascinating that Simon doesn’t say, “We need you” but he refers to everyone else needing Jesus. Could it be like us? “I can’t risk telling you I’m needy and wanting, but maybe the needs of others are important enough to get your attention.”

He didn’t say that, but what Jesus says next has to be the bombshell they couldn’t imagine. “Let us go on to the next towns, that I may preach there also, for that is why I came out” (vs. 38).

What????? Was Peter thinking, “Go to other towns when what we have going here is fabulous? Everyone will come here to our ministry center and that certainly has to be God’s plan, how could it not? The word will spread and just think how our town’s economy will benefit from all the people. We can start building and owning hotels.”

OK, now I’m getting absolutely too far fetched, so let’s wrap it up. Please forgive me if I’ve used my imagination too much. We don’t know what the motives were of the disciples. And actually, the number of disciples I envision haven’t been chosen yet.

But what I am sure about is that Simon and the few others had to be surprised at Jesus’ words. It couldn’t have made sense to them to go elsewhere when they had something great going on. They had limited knowledge of Jesus’ purpose and yet they could have developed their expectations according to what would seem reasonable.

I can’t help but think we do the same thing. God opens a door and it seems to be very reasonable to make plans based upon that opportunity. And if God does something different, we’re shocked that He surprised us. (Tweet that!) We’re disappointed when it doesn’t work out or become what we anticipated.

Our God is a God of surprises and it would make an impressive study to find all the ways in the Gospel accounts that Jesus did something different than people expected. Remember the mud on the eyes of the blind man?

I certainly believe God wants us to make plans but shouldn’t we hold those plans lightly and without a demanding spirit? Let me know what you think. I’m interested.