How Judy Served God Having MS 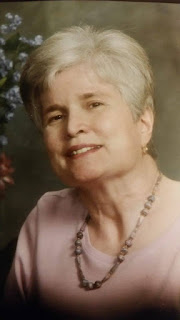 Years ago, I had the privilege of being friends with Judy Snider. Judy was bedridden for many years from multiple sclerosis, yet that didn’t prevent her from serving God. From an earthly perspective Judy didn’t have much of a life. She couldn’t move any part of her body except her head–a little. And she was in constant pain. Yet she served God through her her example of trust in Him and through her church’s food ministry for many years.

She made dozens of phone calls a week to coordinate a group of volunteers who delivered donated food to needy people in the community.

I’m sure you’re wondering how she could do that when she’s unable to move her hands. Sometimes her husband, George, dialed for her but most often she blew into a contraption connected to her phone to reach an operator, who would then dial for her because she was handicapped. She had memorized everyone’s phone number.

Judy and George Snider are an example of serving God in the midst of great difficulties. Tweet that!

Judy explained to me how she became involved in that ministry: “I had read in our church’s newsletter that they needed someone to make phone calls for the food fund. At first I thought, ‘They wouldn’t want me.’

“But after I saw the announcement for the second week, I phoned and found out no one else had called. I’ve been doing it ever since. People say I take the time to talk to them. I’m glad the Lord has given me two ministries: calling for the food fund and praying for people. God has provided something I can do instead of just lying here doing nothing.”

Judy’s bedroom walls were lined with photos of those she was praying for. And she remembered to follow through with each one to find out what God was continuing to do and how she could continue praying.

Judy was a blessing to many for years and now can move every part of her glorified body in heaven. I have fond memories of her friendship and even now I am inspired by her selfless service and her example of contentment in the Lord. 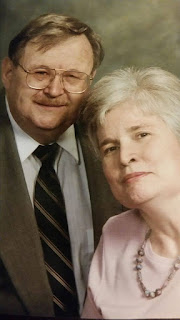 I was also inspired by her husband, George, who served the Lord by serving his handicapped wife. He did everything for her with patience, self-sacrifice, grace, and love. He never called attention to himself and always had a cheerful response to her and any of us who visited.

You may think you are “handicapped” in some way and unable to serve the Lord. But God is always creative in giving us ways to glorify Him.