I’m so pleased to be able to have guest Michelle Rayburn share with you. She’s a part of Kathy Carlton Willis’ “WordGirls” group. Kathy offers these posts during the month of September and here’s the second one from them. Please welcome Michelle with some comments at the end, won’t you? 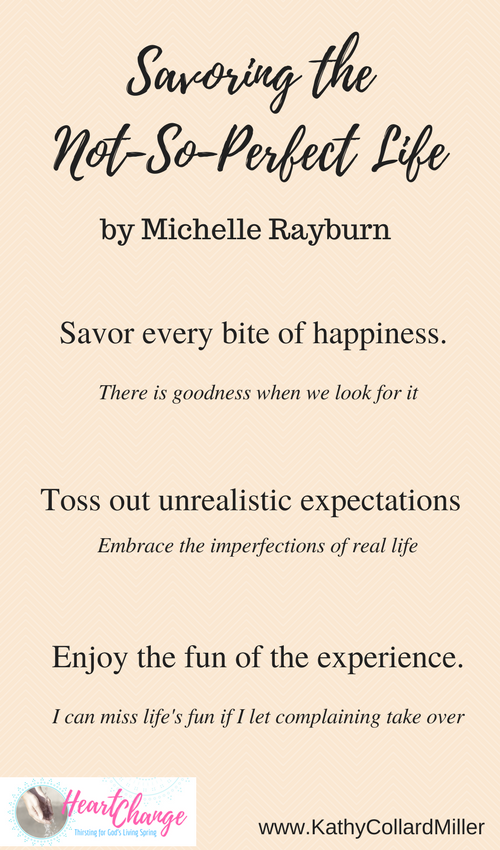 When I was young, my mother cooked most meals from scratch, baked six loaves of bread every week and canned enough vegetables to feed the neighborhood if we ever had to retreat to a bomb shelter. But on occasion, we had TV dinners when she worked the evening shift at the hospital and my dad had to feed us three kids.

September 10 was National TV Dinner Day, and it has me reminiscing about those foil-covered aluminum trays with frozen mystery meat and gravy, blobs of mashed potatoes, corn and chocolate pudding—because who doesn’t cook their pudding in the oven, right?

In those pre-microwave days, we peeled back the foil to reveal the ready-to-eat meal when the oven timer buzzed. The actual contents were always somewhat of a surprise compared with the images on the box. For one thing, the portions were more appropriately toddler-sized, and looking back, this explains why my dad chased his meal with a giant bowl of fudge ripple ice cream.

Nothing looked as appetizing as the box, either. The gravy sort of oozed from the mystery meat over to the corn, and pooled in the pudding.

Isn’t life a little like that sometimes? Before it becomes our reality, the idea of growing up, getting married, establishing a career or becoming parents looks magazine-worthy in the images we build in our minds. And after all the anticipation, we peel back the foil and suddenly it looks a lot messier than expected.

As a recovering perfectionist, I’ve learned some lessons to get me through my TV dinner life. TWEET THAT!

What’s in your TV dinner life? It’s a great day for a perspective change—and maybe a trip to the frozen food aisle, just for fun.

Thank you, Michelle, for sharing with us. I hate to confess it but I actually love those frozen TV dinners. And I agree. Sometimes it was special to do something different when I was a kid and eat the dinner in front of the TV. But I didn’t like the gravy on my dessert. That was unacceptable. It didn’t help that I hated all kinds of gravy.

So my readers, how do you savor the not-so-perfect life when the gravy of life spreads over into even a mediocre experience? It’s easy isn’t it, to concentrate on the gravy rather than the corn which wasn’t touched? Share how you choose to appreciate the “corn” by making a comment below in the comment box. Both Michelle and I would love to hear from you.

About the Author:
Michelle Rayburn is a writer and speaker who enjoys repurposing thrift sale finds into creative decorations for home and garden. She also loves finding gems in the trashy stuff of life. She is the author of The Repurposed and Upcycled Life: When God Turns Trash to Treasure. www.michellerayburn.com 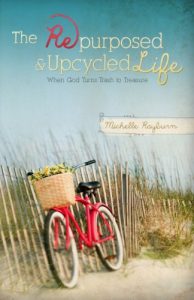