Book Giveaway time again! I’m featuring a fascinating book about the women of the Bible: Vindicating the Vixens. 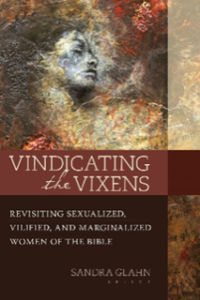 Each chapter is written by a different scholar. Sandra Glahn is the general editor. Just check out some of the intriguing chapter titles:

That’s only a small sample of the women this book explores. Also included are Tamara, Rahab, Ruth, Bathsheba, Vashti, and others. This book is not only a gripping read, it’s something you’ll refer back to for reference.

An interview with Sandra Glahn, General editor of Vindicating the Vixens

Q: Sandra: Give us a fast summary of Vindicating the Vixens.

Bathsheba, Tamar, Rahab, Hagar, and the Samaritan woman at the well—were they really “bad girls” of the Bible or simply women whose situations we’ve misunderstood? In the INDIE-award finalist book Vindicating the Vixens: Revisiting Sexualized, Vilified, and Marginalized Women of the Bible, sixteen contributors take a closer look at the stories of these and other women. Some of the stories are especially relevant in light of #MeToo.

Q: Vindicating the Vixens is a collaboration written by an international team of contributors. How did the concept and execution of the book come together?

The book’s been on my heart  for 10+ years. As I studied the biblical text and cultural backgrounds at the doctoral level, I saw that Mary Magdalene was not a former prostitute. Bathsheba did not set out to seduce David. And the woman Jesus met in Samaria could not have dumped five husbands—women couldn’t go to court without a man. More likely, she had been widowed. As I read works of others across the world, I wanted to bring all this content together, including perspectives from a variety of ethnicities.

Q: Why is it important to re-examine what the Bible says about these women?

First, because we’ve had a tendency to blame victims (e.g., Bathsheba) and miss power differentials (e.g., Vashti, Esther). And that affects how we’ve viewed women.

Also, there has been an explosion of information about backgrounds. What was the average life expectancy? Did first-century women cover their hair, and if so, when and why?  What behavior was considered masculine and feminine? The internet and translation software has made it possible for scholars across the world to have access to each other and to sources living and dead. Also, the makeup of the scholarship pool is much more diverse. And people from underrepresented groups see what many in privileged positions have missed—like how we’ve tended to side with Sarah, even when she is mistreating Hagar.

Q: Some women in the Bible most certainly fall into the category of “bad girls.” How do those women differ from the ones discussed in the book?

Right! Our goal is not to vindicate women who did evil—such as Jezebel who lied and had someone killed over property or Potiphar’s wife who tried to seduce Joseph and had him thrown in jail. We are looking at women wrongly vilified.

Take Bathsheba, for example. There is nothing in the text that suggests she consented to physical contact with David and certainly not that they “had an affair.” The text says she was “washing” herself—which can mean she was washing her hands. What we know about power differentials also suggests that when we consider a king’s authority over the wife of one of his soldiers, we need to stop making Bathsheba responsible. That is not how the author of the story tells it. The Bible says David saw her washing, wanted her, and sent for her—sent men, plural. Then he had her husband killed, and she grieves.

All author profits go to benefit the work of the International Justice Mission—which ministers to the sexualized, vilified, and marginalized. 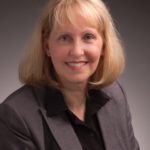 Dr. Sandra Glahn is a professor at Dallas Theological Seminary. She is the author or coauthor of more than twenty books including the Coffee Cup Bible Study series.

Enter the drawing to win a copy of Victimizing the Vixens by making a comment on my blog or contacting me through the Contact page on my website. The drawing ends Friday midnight, May 18th, 2018.